In June 2016, Dixon School of the Arts’ Sole’ Farmer (Grade 8) and Karriema Jones (Grade 7) began a research project at ‘From the Ground Up’ community garden in Pensacola, Florida.

Elizabeth Eubanks is the resident gardener at ‘From the Ground Up,’ a project of significance to Innisfree Hotels’ The Hive. While teaching K-12 science in South Florida for more than 18 years, she was always involved in travel and teacher research experiences. Upon moving to Pensacola, Eubanks first found the garden as a volunteer. Now, as its leader, she loves teaching students the scientific method through gardening.

“The girls are super smart, and I love listening to their thought process and ideas,” Eubanks says. “They started with many ideas relating to plants and finally came up with a general question.”

When growing plants in mushroom compost vs. ECUA biosolids, which will the plants grow best in, and which one is healthiest for consumers?

“I am teaching them how to execute a scientific research project and the importance of communicating results,” Eubanks says. “This project is super important to our garden and to our area because biosolids developed by ECUA and other solid waste companies are a great way to utilize waste product.”

Biosolids are organic matter recycled from sewage, especially for use in agriculture. Human waste, according to Eubanks, isn’t really a big deal, but when adding any drug or hormone that enters the toilet bowl, we need to start thinking about what is in the soil where we grow our food.

ECUA boasts you can use biosolids for growing anything, but organic gardeners are dubious. There was a big ‘stink’ about this over the summer. However, as this was the chosen research project for Jones and Farmer, Eubanks hoped they would learn to see beyond the public bias and come to their own scientific conclusions.

To develop the project, the pair grew okra in the garden, and radishes and Malibar spinach in a plot at their school. They collected mega data to indicate plant health and used a Munsell scale color chart to identify soil and plant color. For guidance, Eubanks and the girls reached out to the University of West Florida, ultimately finding Dr. Johan Leban, who welcomed the scholars for a tour and talks with coastal scientists and made sure they were reading the charts correctly. Additionally, the scholars visited the ECUA biosolids plant to get an overview of procedures.

Their research culminated in a meaningful project worthy of presentation in the Youth Poster Session at the American Geophysical Union (AGU) Fall Meeting, bringing scientists from all over the world to San Francisco, California in December 2016. During Elizabeth’s presentation, the Dixon scholars co-presented on the benefits of working with a researcher.

“As an educator who has been bringing students to conferences for many years, I witness them gain an empowerment and a connection to science and scientists in ways that a traditional classroom and or book could never ever offer,” Elizabeth reports.

In addition to the conference, the girls took a field trip to Point Lobos Reserve on the Pacific Ocean, and to the Monterey Bay Aquarium Research Institute, where they were treated to a private tour by Dr. George Matsumoto. They chronicled their adventures on Facebook live.

Sole’ and Karriema share an oral presentation with Elizabeth Eubanks: 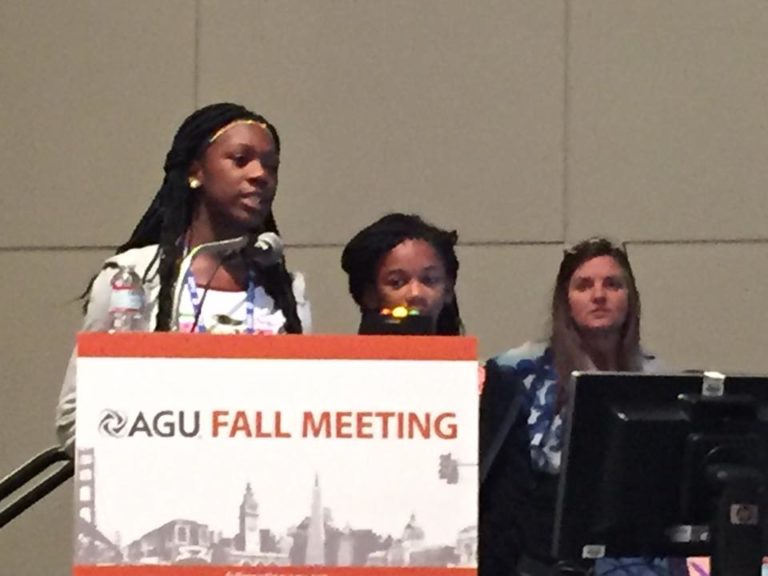 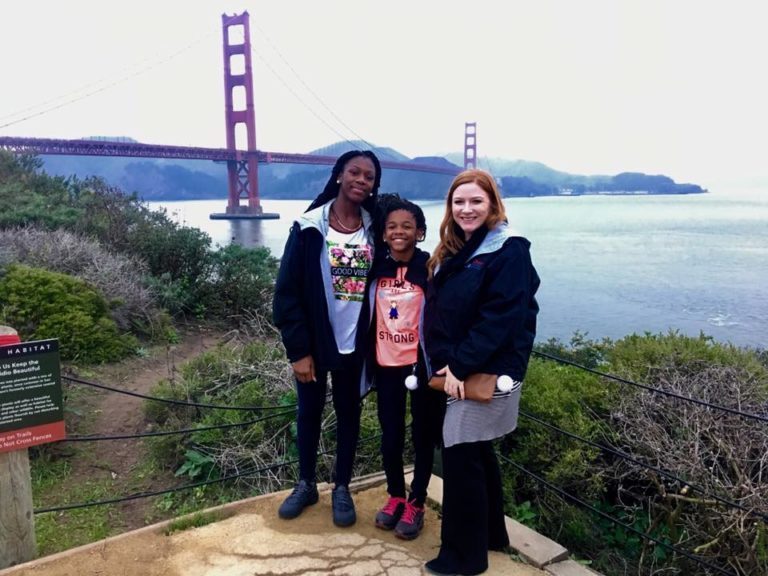 At the AGU Youth Poster session: 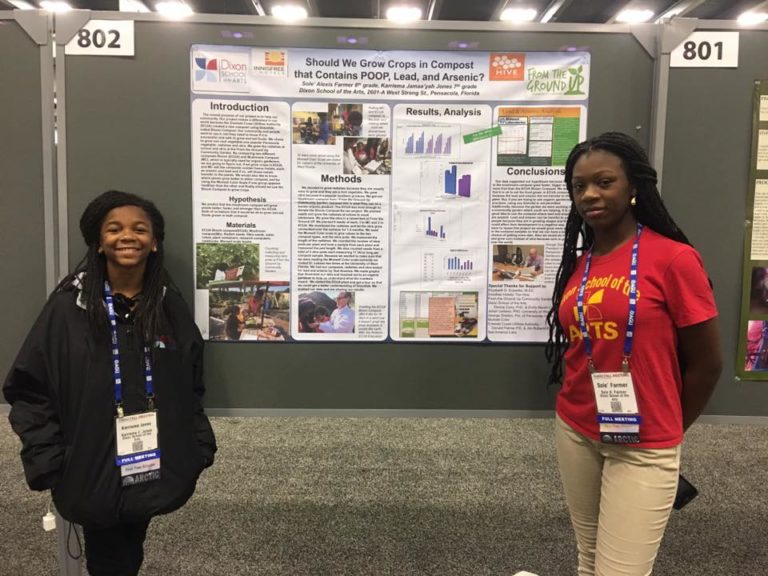 The experience left an indelible impression.

“California was an awesome experience for me because I met a lot of new people and learned about what they were working on,” Farmer says. “I plan on doing another project on coastal erosion and arsenic in mustards.”

“I had an awesome time in California! I really enjoyed trying new things and seeing new things,” she says. “I really liked seeing the Golden Gate Bridge … it was beautiful. The plane ride was amazing also. I was a bit scared to get on the flight at first, but it wasn’t that scary after we took off.”

Things are truly taking off at Dixon School of the Arts, where opportunities like these are made possible every day by an amazing staff and community supporters.